Its been over a month since I posted, quite disappointed with me as cars are my passion, but I was also focusing on getting grad school apps done and other commitments. Anyways, hopefully I won’t be gone this long again. (By the way, the left is a 2017 GTR and right is a 2015 Black Edition, throughout this post. Interior shot of 2015 might not be black edition). 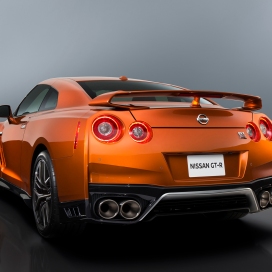 The 2017 GT-R’s exterior receives a thorough makeover. The new “V-motion” grille, one of Nissan’s latest design signatures, has been slightly enlarged to provide better engine cooling and now features a matte chrome finish and an updated mesh pattern. A new hood, featuring pronounced character lines flowing flawlessly from the grille, has been reinforced to enhance stability during high-speed driving. A freshly designed front spoiler lip and front bumpers with finishers situated immediately below the headlamps give the new GT-R the look of a pure-bred racecar, while generating high levels of front downforce.

So following the awesome looking NISMO GTR as well as the 45th anniversary edition GTR; Nissan updated the GTR to follow the current design scheme of its current line up. The new 2017 GTR features updated exterior aesthetics, wheels, redesigned interior with “easier” controls & improved quality, more options such as a titanium-exhaust, and more to come. The 2017 GTR will be released this summer for purchase. 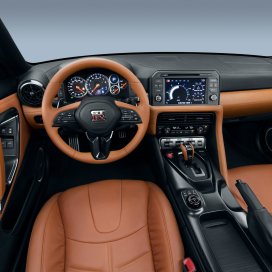 This was a scheduled update, but also very strategic to have a refreshed “new” model to compete with other newly released cars…..ehmm NSX! All in all I’m iffy about the update, but in certain angles it looks awesome and even wider. However, I shouldn’t pout, as a GTR fan I know Nissan always releases specials/updates of the GTR. The R35 has received a 2011 refresh, 2015 re-update, GTR Spec-V model, Black Edition, Nismo/Nismo N edition, 45th Anniversary, and now 2017 refresh. (I think I’m forgetting one or two). 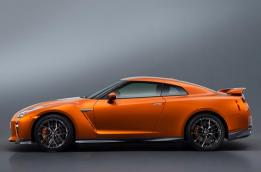 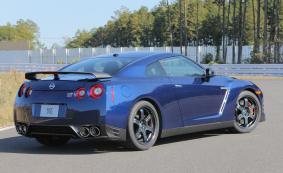 Anyways, do guys like it? Should they have made a limited manual trans model? With the NSX being all-wheel drive and termed as an everyday car too, will it take away GTR sales? Will a price increase be necessary?